Well known forester Rexford Baker of Princeton has been named the 2021 recipient of the Howard F. Mason Forester of the Year Award by the Massachusetts Forest Alliance.

The Mason Award is named after pioneering forester Howard Mason who helped establish better forestry practices in Massachusetts.  It is presented each year to a forester who exemplifies Mason’s legacy of mentoring, leadership, and excellence in forestry.

Rex was a consulting forester for 40 years helping hundreds of landowners manage their woodlands to grow trees and provide wildlife habitat.  He was also instrumental in helping create woodland owner organizations to encourage and educate landowners in Massachusetts (MFA)  and Rhode Island (RIFCO) how to better care for their woodlands.

After graduating in 1957 with a degree in forestry from the University of Massachusetts in Amherst, Baker worked for 4 years for the U. S. Forest Service in Oregon and following a year of military service, spent another year working in Sweden in spruce forests.  Upon returning to the U.S., Baker spent 15 years managing non-forestry family enterprises before returning to forestry in 1980 as a consultant working with private landowners.

“Rex is the sort of practical New England forester who is never afraid to learn new things, “ said Charles Thompson who nominated Baker for the Mason Award.  “When

he got back in forestry, he took courses at UMass to bring his forestry knowledge up to

date.  When he wanted to know more about timber harvests, he bought a skidder and bid on a timber sale to understand what loggers dealt with in the woods and the

marketplace. Then, wanting to know more about sawmilling and lumber, he bought a portable mill.  As a sportsman, he was willing to experiment with different types of management to see what worked best in creating habitat.”

Rex and his wife, Janine, spent two years in the early 2000s in the Peace Corps in the African country of Lesotho where Rex taught methods of forestry, making him one of the few people to practice forestry on 3 continents.

One area that Rex specialized in was in helping landowners with timber trespass where someone intentionally or accidentally cut timber without permission.  Rex’s first trespass case came up when he discovered some large trees had been cut off Forest Service land in Oregon. He provided the information to his supervisor and then to the FBI.

After starting as a consultant here, he found that many foresters didn’t want to get involved in timber trespass cases because it put them into conflict with loggers they had to work with. Over the years Rex has worked on 50 different cases.

“If you think timber has been cut wrongly off your property, the first call you should make is to a forester,” said Rex, “not to a lawyer.  In a lot of cases, you are not likely to recover much in the way of damages and the lawyer’s retainer will take up all the money.”

Rex, now 87, has long practiced forestry on his own land.  While he was in college, he helped his grandfather plant four acres of red pines on land formerly used as an orchard. Those 60 year old trees, now 12 to 18 inches in diameter, are slowly succumbing to a root disease and Baker has been cutting them to saw for lumber.  Those pines are part of 43 acres of Baker’s land which he has long managed as a certified Tree Farm.

If there is a Tree Farm workshop or Field Day, you can always spot Rex with his walking stick and his Springer Spaniel who accompanies him to the woods every day.

A hands-on landowner, Baker cuts pines, oaks, black birch and other trees for woodworking projects, firewood, and for lumber he saws with his portable sawmill. Rex still uses the John Deere 440B skidder he bought to work on the timber sale years ago and uses it to haul wood off his Tree Farm.

Last summer he cut and milled 4 white pines for timbers and boards so his grandson in Franklin could build a tree house.

A lifelong sportsman, Rex has managed the woodlands for the Leominster Sportsmen’s Club where he is a member, putting in 2 20-acre clearcuts to create better wildlife habitat. 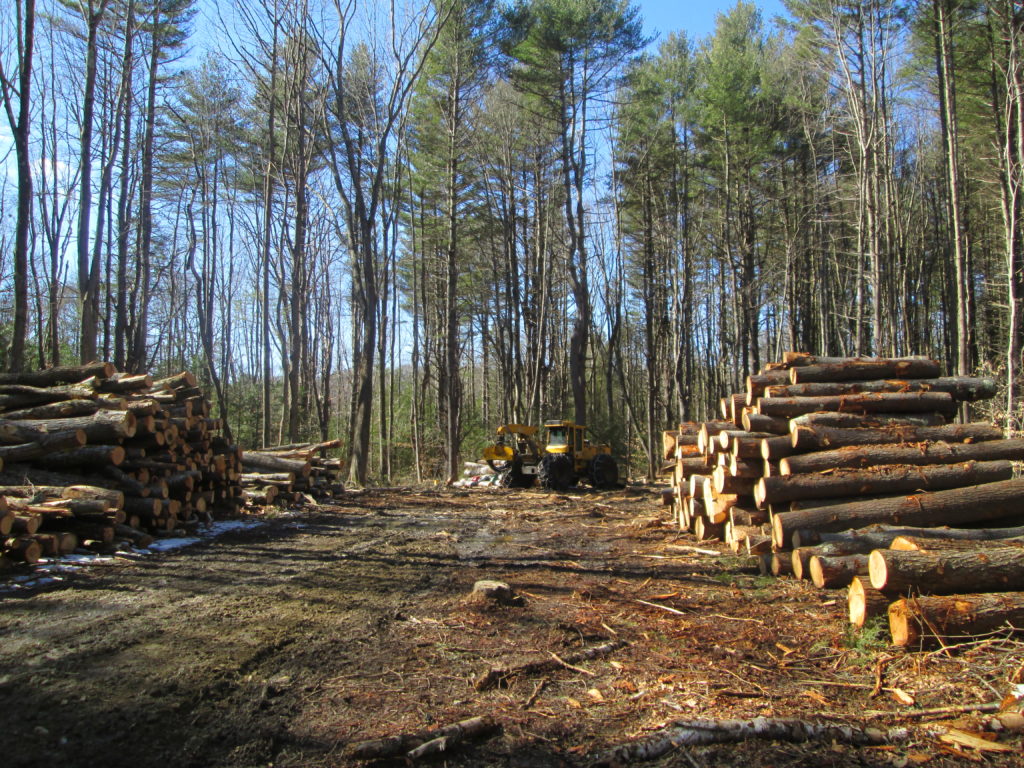 The Massachusetts Department of Conservation & Recreation will hold a Pre-Harvest Forest Management Tour at the Chester-Blandford State Forest on Wednesday, May 25th from 3 to 4:30 pm DCR Forester Kristopher Massini will lead a[...]
May
26
Thu
12:00 pm Bolstering Biodiversity in Massa... @ online
Bolstering Biodiversity in Massa... @ online
May 26 @ 12:00 pm – 1:00 pm 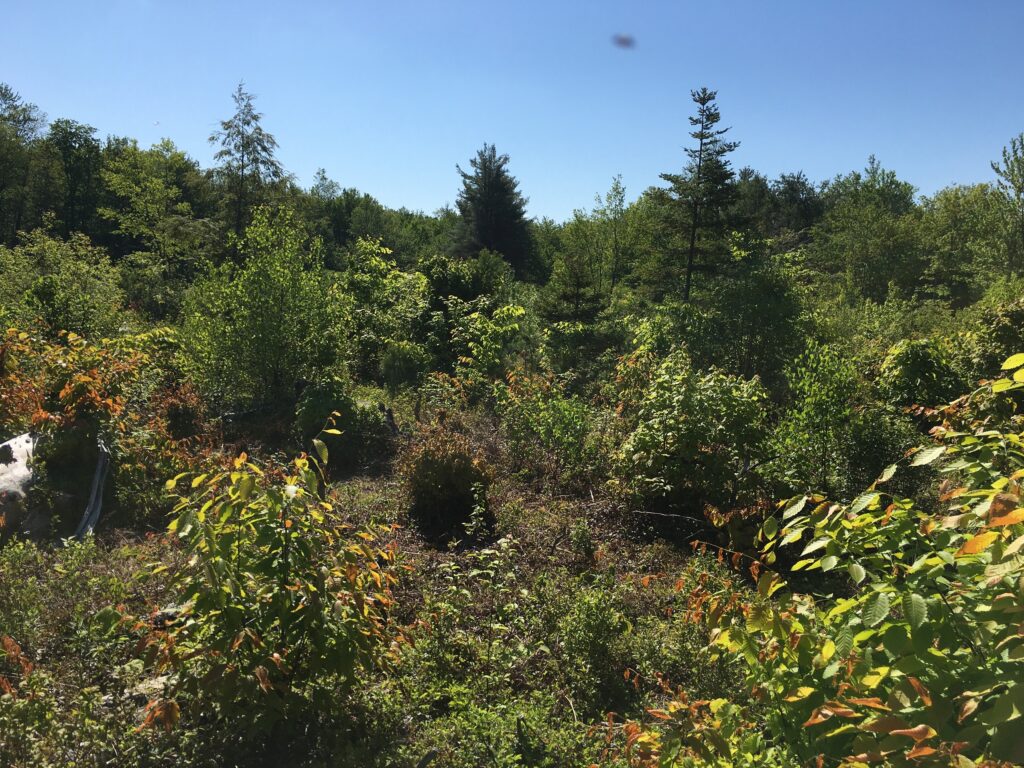 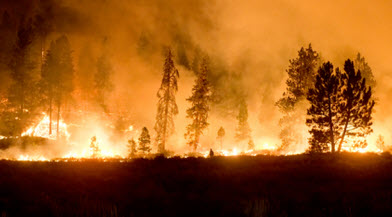 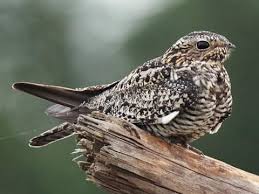 Does your private forest land have a stewardship quality forest plan or wildlife management plan? Conservation practices can be used to increase timber production, diversity of terrestrial and aquatic wildlife habitats and provide access to[...]
View Calendar
Add